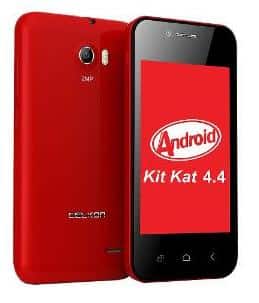 The very basic level smartphone for 2G users, Celkon A354C price in India for buying from online stores is Rs. 2,599 only (available at Homeshop18). The smartphone Celkon A354C features which will impress users are connectivity with Bluetooth, Wi-Fi and GPRS but you need to be content with lower quality camera and lack of 3G network access. Celkon A354C specifications for screen, battery and OS are quite impressive which will add to better demand for this smartphone. In this way, Celkon A354C price is going to be quite suitable for entry level users who want to work for long hours on wide screen.

Celkon A354C in India has been launched as a very formidable option for entry level users who need to access net from either GPRS or Wi-Fi based on the suitability. They will also get option to share files and documents using provided with this smartphone. Celkon A354C does have some limitations when it comes to camera quality as it has only 2MP camera at the rear end and hence quality of images and video recorded will be of just basic quality. Also it has only VGA camera at front end and many users will find this camera also not much useful.

Celkon A354C has very appealing specifications which are also main attraction of this smartphone. Not only it has 3.5 inch screen with 320×480 pixels resolution but also has HVGA Capacitive Touchscreen quality to ensure smooth working and navigation. The new smartphone Celkon A354C has very strong battery of 1,200 mAh battery which gives talk time of 14 hrs and hence users in low electricity areas will find it quite appealing. It is available in four different color models i.e. red, yellow, blue and white.

Celkon A354C price in India is quite low and may come down in future also and hence making it even more affordable. The smartphone price is quite appealing to users who need good connectivity, wide screen and strong battery in their smartphone in India.