Though most of the smartphone in India are Android based and many other OS have not been successful much. But now with Windows OS gaining popularity, in India also users will find smartphone based on this OS. iBall is coming up with iBall Andi 4L Pulse which has Windows 8.1 OS and many users will be interested to gain first hand experience. 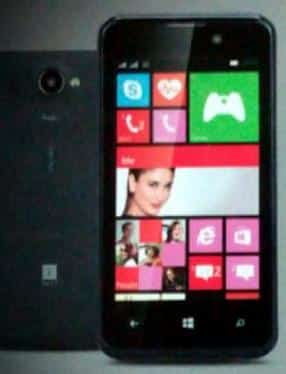 Now Indian users will also be able to enjoy the qualities of Windows based smartphones in variety of models and now iBall is all set to launch iBall Andi 4L Pulse in India based on same OS. iBall Andi 4L Pulse price in India is Rs. 4,899 which will make it good competitor for smartphone in less than Rs. 5000 price range in India. Though it is yet to be officially announced, it has been revealed by a retailer on Twitter along with promotional images of its brand ambassador Kareena Kapoor. The smartphone stands quite good on feature list also as it has 5MP rear end camera, Bluetooth v3.0 and 3G in connectivity and availability in multi color models.

iBall Andi 4L Pulse has 4 inch screen with 480×800 pixels resolution which is quite appropriate for different kind of applications but has TFT display which may not be liked much by the end users. It has 4GB of ROM which is quite enough for a normal users if they wish to store only images and songs of short duration. iBall Andi 4L Pulse also comes with 32GB of expandable memory and users can enjoy it without much compromising on performance. It has 1GB RAM which is simply better than may other smartphone available in similar price range.