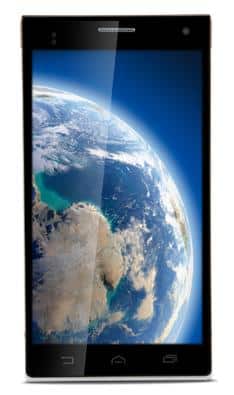 iBall Andi5 stallion smartphone features for rear camera and connectivity is quite impressive which will definitely appeal to its potential users. It has 8MP camera at rear end with flash for better quality output but has only VGA camera at the front end though it has video calling. iBall Andi5 stallion has quite good list of connectivity features as it has Wi-Fi along with Wi-Fi hotspot for working in groups, GPS for navigation but Bluetooth can be explored with A2DP only.

iBall Andi5 stallion specifications list is more oriented towards screen and processing but on storage it is just average only. It has 5 inch screen with FWVGA IPS display and also support multi touch to ensure you can finish messages and mails etc. in very less time. iBall Andi5 stallion has only 4GB of internal memory which is not at par with expectations in this smartphone. The smartphone has 1GB RAM and Cortex A7 processor of 1.3GHz dual core power to ensure smooth and speedy working.

iBall Andi5 stallion price in India after discounts seems much more appealing rather than its official price. This is one of the best smartphone in 5 inch screen with video calling category. Having just VGA camera at front end is disadvantage in iBall Andi5 stallion in India.