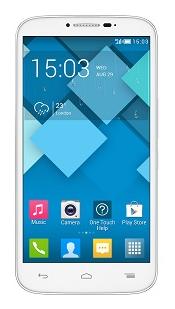 Idea Ultra II price is meant for mid range users but has some of the exceptional features which will make it competitive with latest set of smartphone in Indian market. When it comes to connectivity, it has EDGE/GPRS for traditional users and 3G, Wi-Fi for users who are more little modern in usage of technology. Idea Ultra II also comes with WLAN support which will enable users to access net in team with single connection. For photography, the smartphone has been powered with 8MP erar end camera and 2MP front end camera both of which are good but not best in the segment.

Idea Ultra II specification for screen, processor and battery are special about this smartphone. It has been powered with 14 cm screen with 960×540 pixels resolution and IPS display which put this phone in largest screen smartphone category. Idea Ultra II has 4GB of ROM out of which users will get around 2GB for storing files and other documents. To ensure high quality processing, it has been powered with 1GB RAM and 1.3GHz Quad core processor which are seen only in latest mid price range smartphone in India. Idea Ultra II has also good quality battery of 2,500 mAh which will talk time support of 8 hours on 2G and 5 hours on 3G which is quite satisfactory.

Idea Ultra II price in India is good for users who need wide screen, good camera and connectivity features. Some of the drawbacks of Idea Ultra II are little older version OS and only 2MP front end camera.