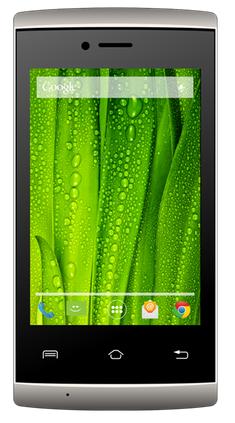 Lava Iris 352 Flair price is going to be low but even than the quality of its camera will be big disappointment for users who want to enjoy regular photography experience on their smartphone. It has just 2MP rear end camera which is just basic in its capability when it comes to quality of video recording etc. Lava Iris 352 Flair has all basic forms of connectivity like GPRS and EDGE for net access on 2G, Wi-Fi for wireless net access and also 3G for better mobile services. It also comes with Bluetooth v3.0 for file sharing which is quite good proposition in a low price smartphone in India.

Lava Iris 352 Flair specifications for screen and storage are good but has edge over other competitors in the market when it comes to quality of battery. It has 3.5 inch screen though users have to be content with HVGA quality and 320×480 pixels resolution. Lava Iris 352 Flair has been provided with 1,200 mAh battery which will give up to 103.0 hrs of talk time support on 2G network and can go up to 5-7 hrs on 3G. For processing, this smartphone has just 256MB RAM which is slight disappointment if you wish to play heavy games.

Lava Iris 352 Flair price in India will be quite low but keeping in mind the limitations of its features for camera and RAM, it will be more suitable for users who need strong battery and good screen quality.