There is high competition in the 7 inch tablet segment in India and now there is new launch also in Lava XTRON Z704. To make sure high affordability, Lava XTRON Z704 price in India is only Rs. 6499 which is well justified also. 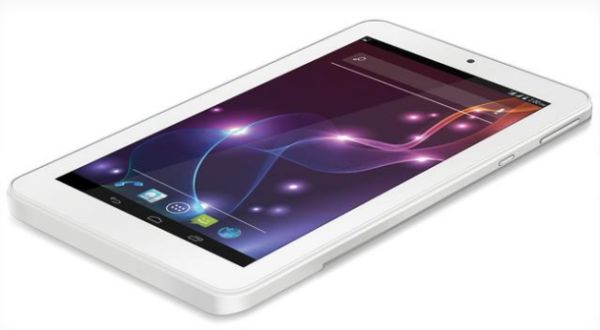 Lava XTRON Z704 tab features are quite minimal for camera but for connectivity it has slightly better option. It has been powered with 2MP main camera which can also be used for video recording but it does not have front end camera. Lava XTRON Z704 is quite good for net access with Wi-Fi and has pre installed browser also. For navigation, its users in India can explore both GPS and also Google maps for finding new locations. Lava XTRON Z704 also comes with G sensor to ensure users can play games with better interaction and also can operate screen more efficiently.

Lava XTRON Z704 price may be meant for entry level users but its memory is match for even mid range models in India and it is also its main attraction. The ta has been powered with 16GB of internal memory and even after allocating for apps and OS, there will be plenty of space for file storage. Lava XTRON Z704 has 7 inch screen with 1024×600 pixels resolution and capacitive multi touch quality to ensure high level of efficiency. The tab has overall dimensions of 188.4X108X10.7 mm and weighs 320 grams.

Lava XTRON Z704 price in India is quite low but this tab is more suitable for users who need large memory and slim design. One of the drawbacks of Lava XTRON Z704 is its low quality camera at rear end and lack of secondary camera.