Videocon has officially launched Videocon A23 in India market at reasonable price of Rs. 3,999. In this range, Videocon A23 price in India is affordable for entry level professionals and young consumers. The mobiles comes with good quality features and specifications for calling, messaging, entertainment and photography.

Videocon A23 price in India 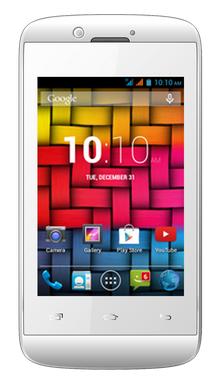 Videocon A23 price and features makes it good package for entry level users in Indian market. The smartphone features are good for connectivity, camera and also for entertainment. Videocon A23 comes with 3MP rear end camera and also 0.3MP front end camera for video chatting. Also when it comes to entertainment, it has Bluetooth B4.0 (latest version), EDGE/GPRS for net access, A-GPS for easy navigation in new locations. Videocon A23 has FM radio with song recording, Google play store, access to Android market and audio, video player for good quality entertainment for its end users.

Videocon A23 specifications for screen, memory and even processing are meant provide good platform for light to medium kind of applications only. It has been powered with 3.5 inch HVGA Capacitive Touch Screen which also has 320×480 pixels resolution. Videocon A23 has only 256MB RAM but comes with 1GHz dual core processor when it comes to faster processing. To store files and documents, the smartphone has been provided with 512MB memory which can be expanded up to 16GB.

Videocon A23 price in India is going to be suitable for entry level users who need good screen, camera and connectivity on a Android smartphone. The Videocon A23 buying from online stores will start during the last week of April, 2014.