Set for mid level users, Xolo Q2500 specifications are very impressive especially when it comes to screen and processing which is also main USP of this smartphone. Xolo Q2500 price for users who wish to buy during the launch period is only Rs. 14,999. Xolo Q2500 price in India can be expected in the range of Rs. 12-13K range in coming period. Xolo Q2500 specifications like 6 inch screen, 1.3GHz Quad core processor and Android 4.2 Jelly Bean OS which can be upgraded to 4.4 Kitkat will make it quite formidable smartphone in the Indian market. 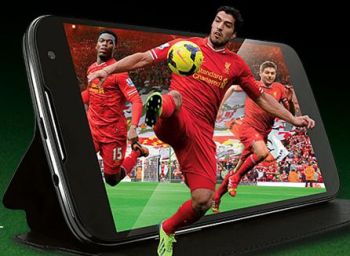 Xolo Q2500 has been powered with 6 inch screen which is first time to be seen in a Xolo smartphone and overall only few smartphone in the market poses this. With this users will be able to enjoy video streaming and gaming in a much better way. Xolo Q2500 screen also has 5 point multi touch quality which will ensure faster typing and hence better productivity which will be appreciated especially by professional category of users in India. Also it has 16M color support and 245PPI which will ensure even minutest details in images etc. can be seen with good clarity.

Xolo Q2500 will stand out from its competitor when it comes to battery strength. The smartphone has been powered with 3,000 mAh battery which is one of the best on various application both on 2G and also on 3G network. Xolo Q2500 battery will offer talk time support of 40 hours on 2G which is almost 2 days and 15 hours on 3G which is simply remarkable. Also it has stand by time of 600 hours which means almost for a month users can keep this smartphone in a single recharge.

Xolo Q2500 specifications for processing is one again worth appreciating and it is the case with most of Xolo smartphone launched in recent times. It has 1.3GHz Quad core processor which is far better than Quad core processor users will find in most of the competitors. Xolo Q2500 also has 1GB RAM which along with processor will ensure users can keep working with great efficiency even on heavy apps.