Though price and screen is a amazing combination in Zen P46 but still this mobile does not seem so much exciting. Zen P46 price in India will be less than Rs. 2.5 at online portals. 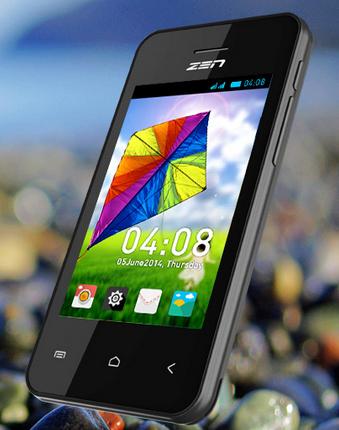 In recent times, Zen has launched couple of mobiles in the low price segment for various niche segments and Zen P46 is also one of them. The mobile Zen P46 price may come out to be in the range of Rs. 2-2.5K (expected) but it is quite good wide screen. It has been powered with 3.5 inch screen which is rarely seen in low price mobile in India. Also the company has claimed that you can keep using this mobile for the whole day which means it has strong battery.

Zen P46 price and screen quality are the main attraction as the mobile has been compromised on many other features. It has only 1.3MP primary camera but the competition has move much further on this. Now a days, 2MP is norm even among low price mobile category and it seems Zen P46 has lot to others on this front.

When it comes to connectivity, Zen P46 has only GPRS for accessing net and certainly it does not has 3G network access. For young consumers, craze of 3G services is fast catching up and this phone will be a disappoint on that front as well. Also in recent mobiles, even Wi-fi is becoming very common which is also being missed out in Zen P46. We also have to get more information on USB and MicroSD card support in this gadget.

Some of the basic specifications in Zen P46 in India are dual SIM which can be enjoy on 2G GSM based network only. For entertainment, it has FM radio, audio and video player. Zen P46 has been powered with 2000 mAh battery and we can expect it to be better than normal expectations. After making this review, Zen P46 price seems to be suitable only for users for whom wide screen is main priority.