The upcoming smartphone Xolo Q3000 is meant to be targeted for high end users who are ready to pay price in the range of around 20K. Xolo Q3000 features and specifications like 16GB internal memory, 2GB RAM and 5.7 inch screen makes it very competitive smartphone. 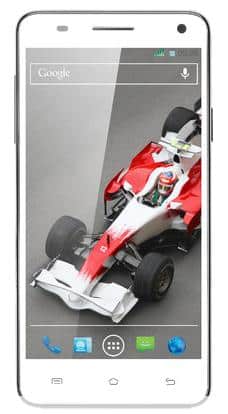 Xolo Q3000 price is definitely in the high end range and its features for connectivity and camera truly justifies the same for Indian users. It comes with 13MP primary camera and 5MP front end camera which only very select smartphone in the market. Xolo Q3000 has Bluetooth v4.0 for sharing files and Wi-Fi hotspot which can be used to connect multiple devices to connect to internet.

Xolo Q3000 specifications are quite good for aspects like screen, memory and processor which makes it one of the best smartphone in Indian market in recent times. It comes with 5.7 inch screen which is simply close to tablets size and comes with 1920×1080 pixels resolution to make high quality experience even when you are watching videos and games. Xolo Q3000 has 2GB of RAM which again makes it highly suitable for playing even heavy games and watching long duration videos or animated files. It has 4,000 mAh battery which will give talk time support for up to 21 hours on 3G network which will surely be appreciated by its users.

Xolo Q3000 price in India and also its latest and advanced features for camera, connectivity and processing makes it suitable for top end customers in India.