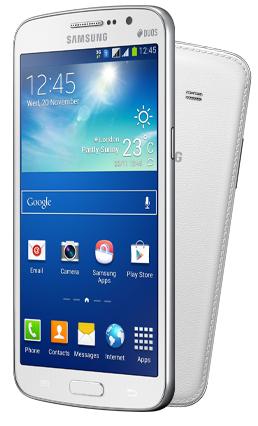 Samsung Galaxy Grand 2 price is little higher than its earlier model which is due to better features which will surely be appreciated by its users in India. The mid price smartphone comes with 8MP rear end and 1.9MP front end camera which is much lower than what Indian users will expect. Samsung Galaxy Grand 2 comes with Wi-Fi Direct for fast speed internet and if you are not in network area, there is always GPRS/EDGE for 2G network users. It has FM radio, games from Google Play stores and many apps which will provide variety of options for entertainment.

Samsung Galaxy Grand 2 specifications for screen, processor and operating system are the main USP of this smartphone. It comes with 5.25 inch screen with TFT quality and 1280×720 pixels resolution which is among the best in the market. Samsung Galaxy Grand 2 has user memory of 8GB and a part of which is used in OS and apps users will install in this smartphone. It has SDRAM of 1.5GB and 1.2GHz A7 processor which is good for a mid priced smartphone in Indian market.