Sony Walkman NW-A105 Price in India
The devices which are meant for playing music have to be sound from every aspect to give full entertainment. There are lot of components in a track which only high quality device can capture and play. Sony has left no stone un turned in devising Sony Walkman NW-A105 including its body which has rigid aluminium frame. Having this type of body frame in Sony Walkman NW-A105 will give clear sound quality, stable sound and also solid bass. 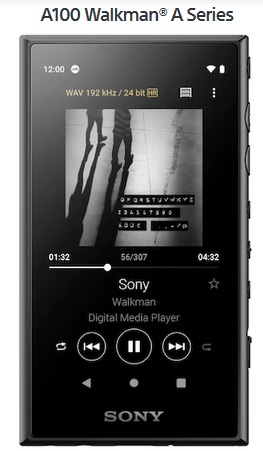 Apart from aluminium frame body, the new device Sony Walkman NW-A105 also has advanced solder containing gold in the circuits to enhance the quality of sound. Very few brands have given so much in depth information about the product design which shall go in long way in convincing end users about quality.

Sony Walkman NW-A105 also has premium wireless codec i.e. LADC which is claimed to up to 3 times better over routine technology when it comes to sound quality. The Walkman comes with Android 9.0 OS which is one unique part which certainly was not there in original Sony Walkman which was launched 40 years back.