UMIDIGI S5 Pro Price in India 2020
In the coming days we are going to see growing list of smartphone which are having notch free display and one of them we reported as Xiaomi Mi Zero.

Now there is one more addition to this and its also from Chinese brand i.e. UMIDIGI S5 Pro though there are difference in the way selfie camera has been positioned in them. Expected to be available at price of Rs. 21,999 the new smartphone will probably carry best combination of RAM, processor and also cooling system to ensure steady and speed performance. 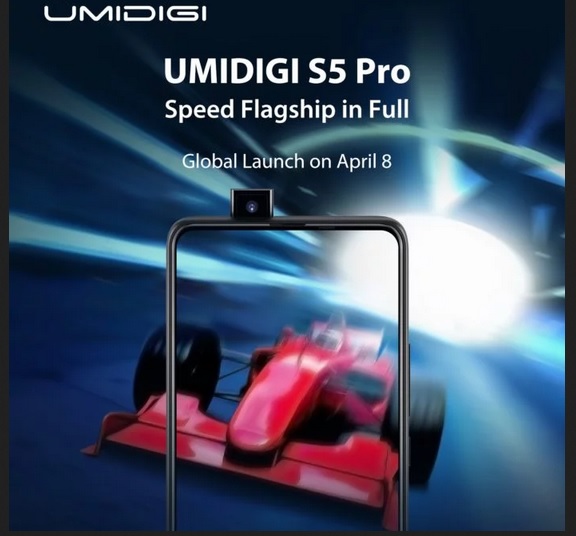 Other features which are more likely to be there in UMIDIGI model S5 Pro are 8GB/12GB RAM and 256GB ROM to make it true successor of Umidigi S3 Pro which had 6GB and 128GB ROM and also to give literal meaning to its official tag line. Certainly it would carry Android 10 OS for ensuring best performance and security also.

In the official poster released for UMIDIGI S5 Pro, the model has pop up selfie camera along with in display finger scanner. The hint for scanner comes from the fact the presence of regular size power button on the side. On the back end camera we are expecting 5 set camera with powerful sensor and also better than 20MP selfies camera with both sides shooters supported by AI.

We are also expected battery stronger than 5,500 mAh and faster charging than 18W which is already there in S3 Pro model. Hopefully UMIDIGI S5 Pro price in India comes in the same expected levels. The smartphone will be officially launched on April 8th, 2020 online only.