The G Pro series smartphone LG G Pro Lite is available for buying from online shopping portals at Rs. 18,300 only. LG G Pro Lite price shows the smartphone is mainly for high end users in Indian market. However when it comes to its features and specifications like Android 4.1 JB OS, 1.3MP front camera, users may give second thought before buying it. 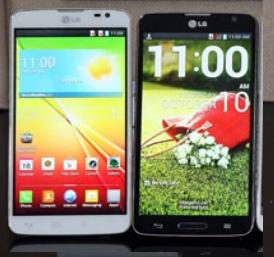 LG G Pro Lite price is though in high end range but its features do not stand up to that level especially when we compare them with smartphone in similar price range. The smartphone has just 13MP rear end camera and 1.3MP front end camera which you can also see in a smartphone in the range of around Rs. 10k in Indian market. LG G Pro Lite comes with Bluetooth, Wi-Fi for connectivity but more can be said once their versions are revealed. When it comes to entertainment, like any other smartphone, LG G Pro Lite it has FM radio, Google play store, audio and video player.

LG G Pro Lite specifications except for screen are somthing users will not find much of a interest for most types of applications. It comes with 5.5 inch qHD screen which is quite impressive both in terms of size and quality to give good user experience. LG G Pro Lite has 8GB of internal memory which is good enough for storing most of your files and documents but when you will see in the market, current smartphone are coming with even 16GB memory.Also it has 1GHz processor whereas others have 1.3 to 1.5GHz processor in the market.

LG G Pro Lite price in India makes it high end smartphone but when you look at its features and specifications, on most fronts it will disappoint only. The same level of aspects you may get in smartphone at much lower prices.