OPPO A75s Price in India
If the trend of new smartphone coming out from the stable of OPPO has to be believed, its A series has become quite best seller not only in India, China but in countries like Taiwan also.

We have reported its OPPO A83 and OPPO A85 with in 24 hours and now there is listing of one more model. The company has officially listed OPPO A75s on its Taiwanese portals along with OPPO A75 model for which we will report soon. Both the models are available in the price range of less than $400 with slight variation in between. 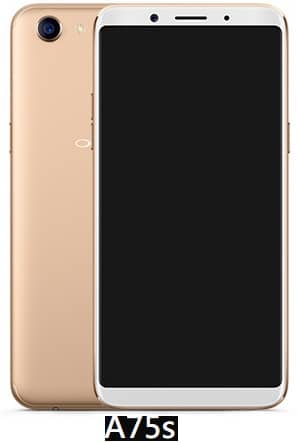 Right now OPPO mobile A75s price is around $400 which is quite reasonable considering there is 6 inch screen with full HD display and host of other quality features. If its launched, OPPO A75s price in India may well come around Rs. 20,000 which will be slightly higher than other models in the A series.

Both OPPO A75s and A75 the near bezel less smartphones are almost identical except in terms of storage space which usually company follow with different versions of same model but here we will see a different model al together. OPPO phone A75s has 64GB of storage which can be expanded up to 256GB which we normally do not see in any model in this price range. After allocation 10GB for apps, still you will have 54GB for usage which is just magnificent.

There is quite similar excitement in other features of OPPO A75s as well as it has 4GB RAM and MediaTek Helio P23 (MT6763T) chipset. With Android 7.1 OS in store of this model, whatever app you may think will go amazingly smooth and speedy here. OPPO smartphone A75s packs 16MP rear end and 20MP front end camera giving hint it has been made more suitable for selfies though video recording will be also of amazing quality.

Most users are now eagerly waiting for official OPPO A75s price in India to be revealed.