Skip to content
Home › OPPO › OPPO A83 Price in India, worth buying for quality display on 5.7 inch screen

OPPO A83 Price in India
Now days some of the companies in the smartphone segment are so aggressive that even before they fully launch one model, the next one already started revealing usually on trustworthy sources.

Just yesterday we had reported TEENA has listed OPPO A85 and now we have got the news OPPO A83 smartphone has come to India. With in short period of time, price of OPPO A83 has seen quite dramatic swings. Initially, OPPO A83 price in India was Rs. 15,999 but now some of the online stores have set the price at Rs. 12,999. If this trend goes for some time, one expect much better deals very soon. 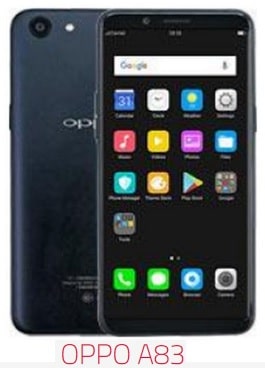 The main feature in OPPO A83 is its screen size of 5.7 inch with IPS LCD display and 1440×720 pixels resolution which we have been seeing in all models with this setting. In fact, one has to be ready to be content with some what just casual features from now on wards. This indicates OPPO A83 is more specifically for people who need better display quality primarily. The model was first expected to hit Indian stores in the month of March during 2018.

In smartphone like OPPO A83 with price tag of more than Rs. 12K, having just 2GB RAM and 16GB ROM is not many would be ready to accept in normal sense. The same holds true for the camera quality also. OPPO A83 poses 13MP rear and 8MP selfie camera which would have been quite amazing few months back but now the trend is more for 4 set camera even though they don’t have much of high MP quotient. So even if you have option for much better display, it would have been better if there is equal support for recording content for the same.

Like many other models of the brand, OPPO A83 also has 3,090 mAh battery which provides quite formidable support for long hours of working on any format. It will support both 3G and 4G network services and other modes of connectivity are Bluetooth 4.2, GPS, Hotspot.

Some predicts eventually at least online OPPO A83 price in India will go even below Rs. 10,000 level.