Skip to content
Home › OPPO › OPPO A75 Price in India, much better for entertainment, gaming and taking selfies

OPPO A75 Price in India
If one has to ask for a single brand which is become entry level player to major player with in a gap of just over one year in Indian market, than its just OPPO and no one else. The company has focused on aggressive launches couple with latest features in a reasonable price range.

Also timing of its smartphone model in India has been very perfect as well. This is the year end festive season and it has announced 4 models successively. OPPO mobile A75 is the latest one in the line which has come out along with OPPO A75s in India which is simply a sister model. 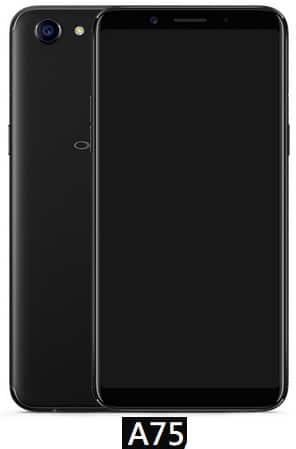 In the Indian market A series models from OPPO has been in the range of Rs. 12-15K and OPPO A75 price in India is also surely will be in this range only. This is despite the fact it has major improvement over features quality what we have seen in A series models so far. With its 6 inch full HD screen, OPPO smartphone A75 has been able to be ahead of many competitors which are still struggling with 5.7 inch screen. This is major shift in screen quality to make the latest smartphone even more suitable for gaming, videos and also ensure better working for professional assignments.

Speed concern will always be the thing of the past for any A series model and like wise OPPO A75 has even better potential with 4GB RAM and 32GB ROM. The MediaTeK MT6763T 2.5GHz 64 bite processor will give additional boost to the performance level. With Android 7.1 Nougat OS which topped with personal UI, its going to be seamless eye catching experience working on this smartphone.

Hopefully online OPPO A75 price in India comes in the expected line (compare with OPPO A85).