Since it has been almost free usage on 4G, I have shifted my work load which ever possible to smartphone from laptop. This makes sense quite a lot as I get equal performance but with much more flexibility and freedom while working on wide screen smartphone.

Also it goes to the point where the new models have almost at par features with laptop and simply we can start working anywhere. This is proved beyond anyone’s doubt and more so in ZTE Nubia Z17 miniS and by the way do not go with the model name. 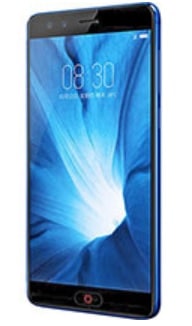 Though base ZTE model Z71 Mini is already there in the market at price of slightly lower than Rs. 20K, certainly ZTE Nubia Z17 miniS price in India will be in the same lines. Interestingly couple of features of ZTE new smartphone Nubia Z17 miniS namely RAM, processor and OS are in better shape in this model. This makes this model even more appealing and we have decided to decode this model though it has been launched in China only and expected in India in coming days.

Taking a big leap from 4GB in base model, ZTE Nubia Z17 miniS has 6GB RAM which are yet to see in any other model. With Qualcomm MSM8976 Pro Snapdragon 653 Octa core 1.95 GHz processor, you will notice that even game with graphics will come as if you are opening message box. In fact we have seen in last few days many models have focused on time it takes to open the apps and ZTE Nubia Z17 miniS in India will go even one step further.

So far there is has been more on 7.0 Nougat but when we see ZTE Nubia Z17 miniS, it has moved to 7.1 though Oreo is still there in next target. It has kept same 5.20 inch screen but better 3,200 mAh battery ensuring longer working hours. There is not much charm left on WCDMA and having only GSM+GSM combination shall not bring any setback to prospective users.

Overall its highly advanced smartphone but keeping ZTE Nubia Z17 miniS price in India below Rs. 20K is something very important. The company has also hit the festival period will new models like ZTE Tempo X in the market.