ZTE Blade V9 Price in India
Initially when Chinese smartphone started coming to the market, they offered powered packed features at very competitive price in India. No one expected they will continue to follow the same strategy for a long time but that has become the norm which is true for Oppo, Gionee and ZTE which are major player in the market.

After success of Blade series in India, we are going to see launch of ZTE Blade V9 in coming weeks. Once again despite having ultra modern features quality, ZTE Blade V9 price in Indian market will not be more than Rs. 15K. 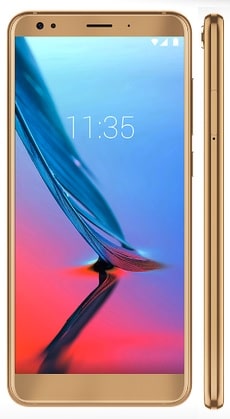 Its not just price but equally so the specifications embedded in ZTE Blade V9 which makes a complete surprise package. In fact on few of the aspects, this model has overcome drawbacks which so far had been common in other models including in Chinese one. One of them is light weight of just 140 grams which is usually not seen in model with high end specifications package.

Some of the basic specifications in ZTE Blade V9 in India are 5.7 inch FHD screen, Android 8.0 OS, 4G VoLTE and 3,200 mAh battery. Based on the requirement one can go for 2GB, 3GB and 4GB model and in same pattern one would get ROM of 16GB, 32GB and 64GB to ensure speed is quite smooth.

If you comfortable with selfie camera of 13MP fixed focus in ZTE Blade V9, than its going to be ultimate choice for you. On rear end there is dual camera combination of 16MP AF+5MP FF with PDAF 2.0, F/1.8 and 6P lens for better clarity.

It has been already available on ZTE Spanish website with full details except price. We are waiting for official announcement of ZTE Blade V9 price for online buying in India now.