Skip to content
Home › Huawei › Huawei Honor 7C Pro Price in India, coming up with better processor and other features

Huawei Honor 7C Pro Price in India
Finding a upcoming flagship smartphone is no tough task as there is chase from various platforms to report on them buts its not the case for budget smartphone. Also there is not much surprise hidden in these models, users are also not so proactively looking for them. It has been reported that Huawei Honor 7C Pro a value for money smartphone is going to be launched in Russia and then it will head to other markets. In India, Huawei Honor 7C Pro may be rolled out in coming months but in the year 2018 only (also read Huawei Honor 6C Pro in India). 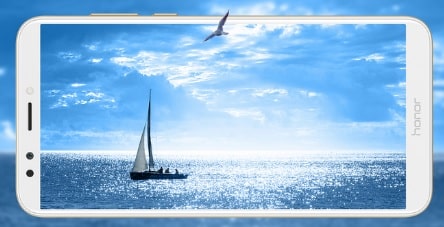 Already we have seen Huawei Honor 7C available at price of Rs. 9999 in Indian market. Since there is not much upgrade expected, Huawei Honor 7C Pro price in India will also turn out to be in similar levels only. There are certain features which automatically gets improvements as they are available in better versions and processor is simply on of them.

There are reports Huawei Honor 7C Pro will carry Qualcomm Snapdragon which was 1.8GHz Octa core in 7C varient. The earlier model has 3GB RAM which may remain same in Pro version as well. Though expandable memory may remain at 256GB, users would be more excited to see inbuilt memory more than 32GB.

In Huawei Honor 7C model we have seen 13MP+2MP rear end camera and 8MP front end shooter with different modes for taking selfies. Both face and scanner are going to be there in the Huawei Honor 7C Pro to unlock the smartphone. Likewise one click option for Paytm access will be also there for Indian users.